The wood is a cellular heterogeneous material, which exhibits a high degree of anisotropy. Its behaviour is nonlinear, especially in the compressive loading. The homogeneous, orthotropic, elastic or elastic–plastic material model is used for the stress–strain analysis of the wood in the vast majority of cases. The heterogeneity of this material is random and it would be difficult to incorporate it into the analysis. That is why the computation model is homogenized. The orthotropic means that it exhibits different behaviour in three mutually perpendicular directions. It is the axial direction L, radial direction R and circumferential direction T in our case.

Two basic types of models can be used for the prediction of initiation and following propagation of the failure. One of them is the coupled model, in which the damage and elastic or elastic–plastic deformation is mutually influenced. Another type is the uncoupled model, in which the damage is dependent only on the deformation, which is not influence by the damage in return. The failure is the most often modelled using the explicit FEM, where the crack growth is realized through the elements deletion (see the figure). 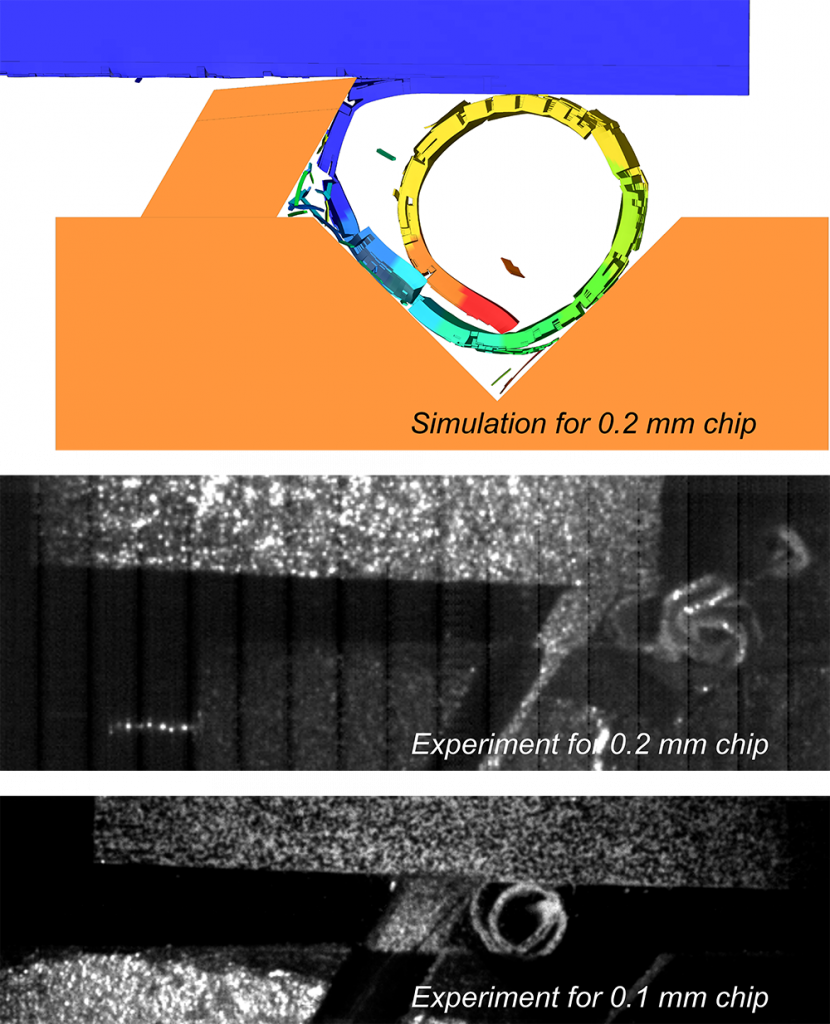